“Keep Yourself & Your Loved Ones Safe”

What is Krav Maga?

Krav Maga (Hebrew קרב מגע “contact combat”) is a self-defence and military hand to hand combat system developed in Israel. It came to prominence following its adoption by various Israeli Security Forces and is now used by military and law enforcement personnel, as well as civilians, around the world. Today, it is widely acknowledged as the number 1 self defence system in the world. The adapted civilian version of Krav Maga teaches you to defend against knife and stick attacks, multiple attackers, gun threats, abductions, rape and much more.

The History of Krav Maga 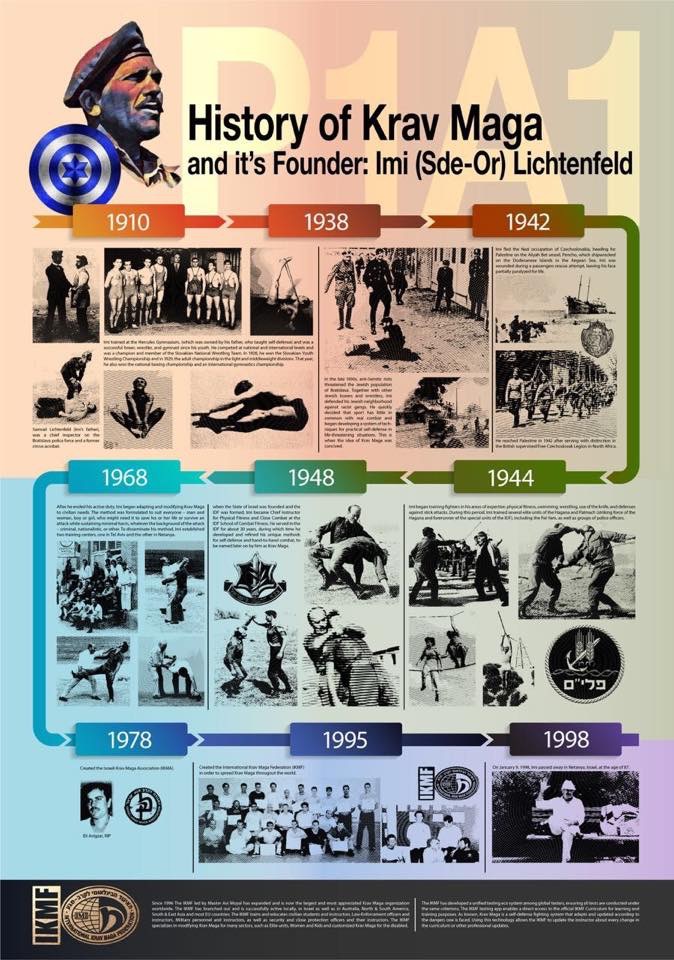 Krav Maga is Hebrew for ‘contact combat’, and was developed by Imi Sde-Or (Lichtenfeld) in Israel in the 1940s.

When the State of Israel was created in 1948, it was immediately in a fight for survival: surrounded by countries who either invaded or intended to invade, with no proper army, no time to train one and few weapons. People were being sent to the front and told to fight with what they had.

Imi, as Chief Instructor for the newly-formed Israeli Defence Force, developed Krav Maga as simple but effective way of enabling soldiers to defend themselves. It needed to be quick to pick up and easy to remember under pressure, being taught to conscripts who may never have fought before.

Before emigrating to Israel, Imi was a champion boxer, wrestler and expert in Judo and Ju-Jitsu in his home country of Slovakia. His father was in charge of training detectives in Bratislava, which included teaching police defensive tactics. Imi had much first hand experience of street fighting as he and others defended the Jewish quarter of the city against attacks by local fascists in the run up to World War II.

The success of Krav Maga saw it become part of the training programme for all Israeli military personel and police. Imi continued to refine the system, leaving the army in 1964. He then went on to develop Krav Maga for civilian use, and it became part of the national curriculum in Israeli schools.

Krav Maga has spread all over the world, being used by security forces including the FBI, as well as in VIP protection, anti-terrorism and men, women and children of all ages.

It is practised by celebrities and Krav Maga fight scenes have featured in movies including Enough, starring Jennifer Lopez and The Bourne Supremacy with Matt Damon.

“Learn From The Source”

Krav Maga was originally developed for the military sector. This is the reason why standard Krav Maga training is addressed to as ‘Civilian’.

It can be learned as a hobby once or twice a week and still, the outcome is extremely effective. This is due to the fact that the most evident advantage of Krav Maga training is known for is how quickly and easily one acquires self defense knowledge. Krav Maga training was built up and based upon natural responses and reflexes, is accessible to anyone and provides the best self defense ability possible.

Most often, what starts out as ‘casual’ Krav Maga training in the afternoon becomes a true passion for the trainee and IKMF offers many additional civilian training frameworks. 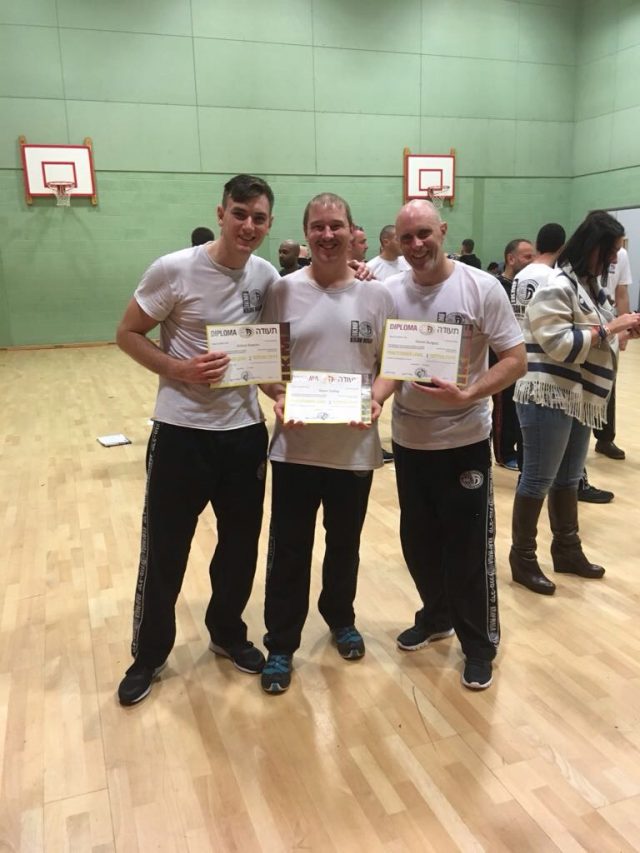 Individuals who train Krav Maga may advance in rank through IKMF’s testing system as high up as they want in proportion to how much Krav Maga training time they have invested.

Through Krav Maga training, the student practices these scenarios according to respective rank. As one advances in grading the scenarios upon which the syllabus is built become increasingly dangerous and complex, and self defense solutions are provided accordingly. IKMF places very important emphasize on updating the syllabus as often as needed so it is always contemporary and effective.

In addition, IKMF offers extra curriculum qualifications for Krav Maga trainees such as seminars & short workshops that focus on specific defenses, techniques and much more.

Now that you know a bit more about IKMF and Civilian Krav Maga we welcome you to join our forever growing family and train B-Unit Krav Maga.